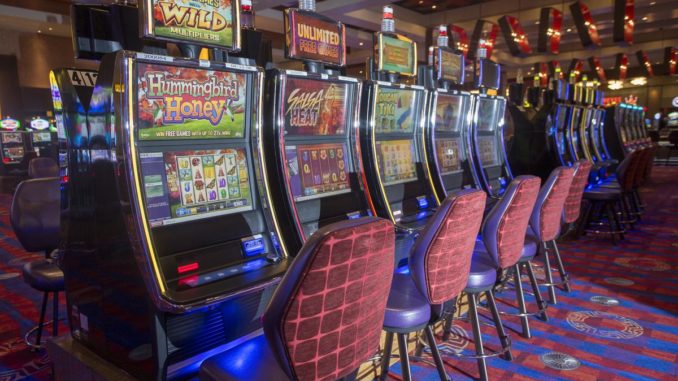 After decades of endless debates and absence from the casino, the Hopi Community on Tuesday, 8th May 2018 officially became part of the larger Indian gaming industry. The Hopi Community’s reservation is situated in the northeastern part of Arizona and it occupies over 1.5M acres, touching part of Navajo and Coconino counties and is made up of different villages located on 3 mesas, according to the community’s website.

In 2016, the Hopi Community approved entering into an agreement with the beautiful state of Arizona. A year later, in November, the community former Chairman Herman G. Honanie and Arizona’s Governor Doug Ducey signed the agreement giving the community the freedom to either lease or operate casinos or gaming machine at their reservation.

This historical agreement made the community the 22nd and the last Arizona community to go into an agreement with the state. Before the agreement, the Hopi community was believed to be the only community in the entire state that was not able to get any revenue from or take part in tribal casinos.

According to Indianz.com, the imminent shutdown of the Navajo Generating Station, an over 2250 MW coal-fired power station located on the Navajo State in Page AZ, scheduled for 2019, served as the main reason for the former chairman decision to approve the agreement.

The Navajo and Hopi reservations in the northeastern area of Arizona are apparently coal-rich and both communities depend heavily on the incomes from this sector to assist them to fund their governments and offer the much-needed services.

According to a 9th May 2018 report by the Associated Press news published by the Navajo Hopi Observer, the communities have requested the federal government to help them keep the station from shutting down and in doing so, save their people from being rendered jobless.

In a press statement, the current Hopi chair, Tim Nuvanyaoma, purportedly stated that 85 percent of the community’s annual general income is derived from this sector.

In a written testimony to the Congress in April 2018, Tim argued, “The Hopi community is landlocked and income generation diversification is quite hard.” Continuing that, “The community lacks reliable electricity, clean water, and access to a fast and reliable internet. This is unthinkable in a country like the US – but it is the reality.”

Continuing on the Gaming Path

The Hopi Community, under the current leadership of Tim, has continued on casino gaming path created by the former chair. Under the agreement signed on 30th November 2017, which will be in effect for at least two decades, the Hopi community is allowed to own and run a maximum of 900 machines on its land or lease machines to other communities in Arizona.

According to a 2017 press release, there are 16 Arizona Communities that run casinos, with 5 of them benefiting from the casinos’ through lease agreements.

Click here to view the original web page at www.4flush.com